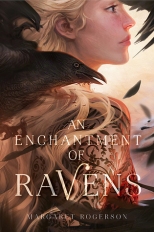 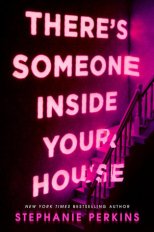 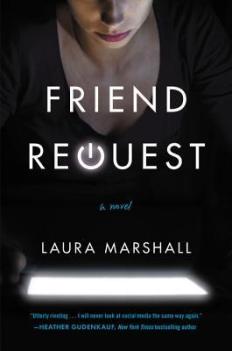 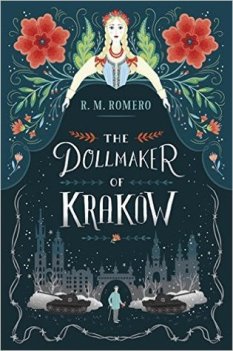 The fate of the world is in the hands of detective of the supernatural R. F. Jackaby and his intrepid assistant, Abigail Rook. An evil king is turning ancient tensions into modern strife, using a blend of magic and technology to push Earth and the Otherworld into a mortal competition. Jackaby and Abigail are caught in the middle as they continue to solve the daily mysteries of New Fiddleham,

New England — like who’s created the rend between the worlds, how to close it, and why zombies are appearing around. At the same time, the romance between Abigail and the shape-shifting police detective Charlie Cane deepens, and Jackaby’s resistance to his feelings for 926 Augur Lane’s ghostly lady, Jenny, begins to give way. Before the four can think about their own futures, they will have to defeat an evil that wants to destroy the future altogether.- Goodreads

Sixteen-year-old Latoya Williams, who is black, attends a mostly white high school in the Bible Belt. In a moment of desperation, she prays for the power to change her race and wakes up white. 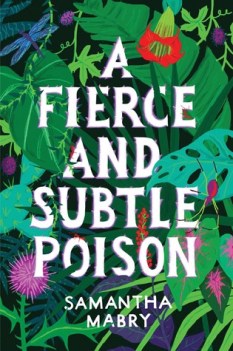 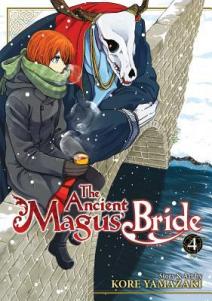 April is going to be one expensive month.

I Swear I’ll Make It Up to You is Mishka Shubaly’s apology for choices he wasn’t sure he’d live long enough to regret. It is a story of drinking, women, punk rock, and a journey so far down the low road that it took Shubaly years of running to come back.

A misfit kid in the best of times, Shubaly had his world shattered when, in a 24-hour span in 1992, he survived a mass shooting on his school’s campus, then learned that his parents were getting divorced. After the departure of his father, a decorated rocket scientist, his remaining family soon lost their house. In his first act to avenge the wrongs against his mother, Shubaly plunged into a 17-year love affair with alcohol.

In this fiercely honest, emotional, and darkly witty book, Shubaly relives the best and worst of these adventures: the disastrous events that fractured his life; his imaginatively destructive romances; his hot-and-cold career as a rock musician; his travels across the country in search of meaning, drugs, and his family; and the time he met his newborn nephew while tripping on cough syrup.

I Swear I’ll Make It Up to You is a memoir of a precocious young man trying to be good and failing (and failing, and failing)—until, one day, he succeeds. Taking a cab home one night after a bar fight, Shubaly decides to run five miles the next morning to retrieve his bike. Thus begins a new, much healthier love affair with running, and eventually a new life. And when Shubaly finally reunites with his distant father, he discovers the story of his childhood was radically different from what he’d imagined. Shubaly’s muscular prose, big heart, and sharp humor inflect this grand story of mistakes, their consequences, and eventual redemption. -Goodreads

Nix’s life began in Honolulu in 1868. Since then she has traveled to mythic Scandinavia, a land from the tales of One Thousand and One Nights, modern-day New York City, and many more places both real and imagined. As long as he has a map, Nix’s father can sail his ship,

The Temptation, to any place, any time. But now he’s uncovered the one map he’s always sought—1868 Honolulu, before Nix’s mother died in childbirth. Nix’s life—her entire existence—is at stake. No one knows what will happen if her father changes the past.

It could erase Nix’s future, her dreams, her adventures . . . her connection with the charming Persian thief, Kash, who’s been part of their crew for two years. If Nix helps her father reunite with the love of his life, it will cost her her own.- Goodreads

Evaline Stoker & Mina Holmes are back for a third adventure. They have to locate a missing chess queen before their nemesis, The Ankh, gets there first! Coming September 29, 2015.

Evaline Stoker and Mina Holmes have reluctantly agreed to act as social chaperones and undercover bodyguards for Princess Lurelia of Betrovia, who has arrived in London to deliver a letter that details the secret location of an ancient chess queen that’s been missing for centuries. But when the letter—which will heal a centuries-old rift between England and the Betrovians—is stolen out from under Evaline and Mina’s watchful eyes, the two girls are forced into a high-stakes race to ensure they find the chess queen before anyone else does. The Stoker and Holmes series is as culturally popular and compulsively readable as the Sherlock Holmes stories and Dracula were in the Victorian era.– Goodreads

Kill the beast. Win the girl.

A strange beast stirs fear in the kingdom of Lochlanach, terrorizing towns with its brutality and hunger. In an act of desperation, a proclamation is sent to all of Eurona—kill the creature and win the ultimate prize: the daughter of King Lochson’s hand in marriage.

Princess Aerity understands her duty to the kingdom though it pains her to imagine marrying a stranger. It would be foolish to set her sights on any particular man in the great hunt, but when a brooding local hunter, Paxton Seabolt, catches her attention, there’s no denying the unspoken lure between them…or his mysterious resentment.

Paxton is not keen on marriage. Nor does he care much for spoiled royals and their arcane laws. He’s determined to keep his focus on the task at hand—ridding the kingdom of the beast and protecting his family—yet Princess Aerity continues to challenge his notions with her unpredictability and charm. But as past secrets collide with present desires, dire choices threaten everything Paxton holds dear.

Inspired by the Grimm Brothers’ tale, “The Singing Bone,” New York Times bestselling author Wendy Higgins delivers a dark fantasy filled with rugged hunters, romantic tension, outlawed magic, and a princess willing to risk all to save her people. -Goodreads

Lorelai Diederich, crown princess and fugitive at large, has one mission: kill the wicked queen who took both the Ravenspire throne and the life of her father. To do that, Lorelai needs to use the one weapon she and Queen Irina have in common—magic. She’ll have to be stronger, faster, and more powerful than Irina, the most dangerous sorceress Ravenspire has ever seen.

In the neighboring kingdom of Eldr, when Prince Kol’s father and older brother are killed by an invading army of magic-wielding ogres, the second-born prince is suddenly given the responsibility of saving his kingdom. To do that, Kol needs magic—and the only way to get it is to make a deal with the queen of Ravenspire, promise to become her personal huntsman…and bring her Lorelai’s heart.

But Lorelai is nothing like Kol expected—beautiful, fierce, and unstoppable—and despite dark magic, Lorelai is drawn in by the passionate and troubled king. Fighting to stay one step ahead of the dragon huntsman—who she likes far more than she should—Lorelai does everything in her power to ruin the wicked queen. But Irina isn’t going down without a fight, and her final move may cost the princess the one thing she still has left to lose. -Goodreads

Self-proclaimed fat girl Willowdean Dickson (dubbed “Dumplin’” by her former beauty queen mom) has always been at home in her own skin. Her thoughts on having the ultimate bikini body? Put a bikini on your body. With her all-American beauty best friend, Ellen, by her side, things have always worked . . . until Will takes a job at Harpy’s, the local fast-food joint. There she meets Private School Bo, a hot former jock. Will isn’t surprised to find herself attracted to Bo. But she is surprised when he seems to like her back.

Instead of finding new heights of self-assurance in her relationship with Bo, Will starts to doubt herself. So she sets out to take back her confidence by doing the most horrifying thing she can imagine: entering the Miss Clover City beauty pageant—along with several other unlikely candidates—to show the world that she deserves to be up there as much as any twiggy girl does. Along the way, she’ll shock the hell out of Clover City—and maybe herself most of all.

Motif by Tanya
Powered by WordPress.com.