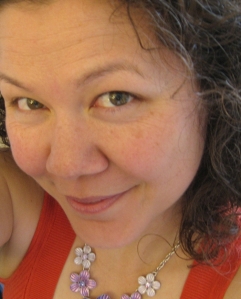 Who is Crystal? Half Chinese, Half White author making sure people know the hardship of growing up diverse.

Book: Bird, All that I Can Fix

Diversity is an important part of literature. Although in the past, it hasn’t been pushed as much as it is today, it doesn’t make it any less important. If nothing else, history has proven that diversity, true and honest diversity, can change how people see and interact with the world around them.

Meet Crystal Chan, an author who makes it her life mission to not only write but to also speak for the less heard and remind people, children and adults, through diversity talks, how important it is to not be a jerk.

P.S. You can read the first chapter of Bird  here

How hard was it for you growing up as a mixed-race child in Wisconsin? Has those experiences in your childhood influenced your writing in any form?

It was hard, yes, growing up as the only mixed-race person I knew (besides my brother), probably the only mixed family in town. Everyone around us was white, all the TV actors were white, everyone in magazines and catalogs (!) were white, so I thought I was white, too. Except when we’d eat chicken feet at dim sum, or beef tripe, or friends would come over and see Chinese newspapers strewn around the house. Or when kids would call me “Chink”. Or Dad would speak Chinese on the phone to his family overseas. Or he’d talk about the importance of our last name, our family name. So it’s weird, I guess: we really stuck out but tried really, really hard to blend in.

And that worked better some times than others. My characters, unsurprisingly, want to be normal but can’t be. Because they aren’t: in Bird, Jewel is mixed race and her friend, John, is a transracial adoptee – in the middle of Iowa. I draw from my own experience a lot for this. And yet, especially as Bird has sold in eight countries around the world, I’m finding that there’s a universal story that Bird taps into, one that transcends race and culture, even, one that taps into the workings of the human heart. In that way, the publication of Bird has been really healing for me: I didn’t expect Bird to sell, much less connect with people in other countries. It’s really taught me that there is a universal, human experience, and that we’re all wrapped up in it somehow.

In my twenties, I had a number of paid storytelling gigs performing at concerts and schools, and I loved it. I’m finding that life is coming back full circle, as I’m going into schools now talking about Bird, yes, but really, I’m just telling stories again.

What inspired your debut novel “Bird”? Why did you choose to write a middle-grade novel?

I had just finished reading Keeper, by Kathi Appelt, and was sick at home from work. I had also finished my first manuscript and was fretting that I might not have another idea for another novel. Ever. I was thinking about this for hours, and finally I got so sick of myself that I said, Crystal, either you get up out of bed and write your next book, or you go to sleep because you’re sick. But you’re not going to lie in bed thinking about not writing your next book.

And then I started thinking more about Keeper, and how I loved that story; it’s about a girl who thought her mother turned into a mermaid and goes out to sea in search of her. And I thought, a girl who thinks her mother was a mermaid – that’s such a great idea – But what if… instead… there was a girl whose brother thought he was a bird, but then he jumped off a cliff because he thought he could fly … Then the voice of the protagonist, Jewel’s voice, started speaking and I got out of bed and wrote the first chapter.

What are you currently reading?

I have a book on hold for me at the library right now, and I’m dying to go pick it up: Akata Witch by Nnedi Okorafor. Rick Riordan was talking quite a bit about it, so I jumped on along.

Finally, how would you rate the success of your first novel?

Ooooh, that’s a tricky one, bringing up the “S” word! [laughing] Success is so slippery because it means such different things for different people, and if you base success on the market, it can turn on a dime. For me, I define success as the ability to tell the story I want to tell, and clearly, so people can follow along and be swept up by the story – but even more than that, as the author, did I stay true to my characters? Are they acting and reacting and loving and fearing with total authenticity? And I have to say, yes. Jewel and John and Grandpa and the gang are all their messy selves, come what may. And to that end, yes, I successfully told my story.